Being A “Leading Lady” At Work

Going to work doesn’t have to mean looking drab in a plain outfit. For the career women, the office is just another runway where you can show your sharpness and seriousness without sacrificing style. It’s time to be the “leading lady” in your career.

If you are looking for a brand that is not going to burn a hole in your pocket, think of retail brands offering quality clothing items for a reasonable price tag. One retail chain that has recently breathed new life in their fashion line has been reported by MarieClaire.co.uk to have released a new collection that embodies both high fashion and practicality. “The Marks & Spencer autumn/winter 2013 collection is the end product of six months of intensive customer research and the many sleepless nights of Marks & Spencer’s new style director, Belinda Earl,” Marie Claire highlights.

With a new style direction, M&S has also whipped up a fashion campaign that will inspire women to achieve greater heights. Dubbed as the “Leading Ladies”, the UK retail giant has asked the help of different career women who are leaders in their respective fields. “Marks & Spencer has enlisted a cast of ‘leading ladies’, from Helen Mirren to artist Tracey Emin and Olympic Gold winning boxer Nicola Adams, photographed by Annie Leibovitz, to launch its autumn fashion ranges,” CreativeReview.co.uk featured the retail brand’s new campaign.

Creative director of M&S Steve Sharp, relating the campaign’s goal to British history, states that the British have been known to be pioneering and creative. Those ideals were something the featured ladies have abode by according to him. “As industry leaders in their field, the leading ladies make a significant difference that has seen them break boundaries, challenge stereotypes and create visionary artistic work,” Sharp said.

The fashion ad campaign officially launches this month but M&S has already featured some very empowering apparel on their website. The store’s women’s workwear line already looks sharp and crisp, fulfilling the campaign’s goal of “empowering women”. So if you plan to up your style and “career spirit”, take a look-see at what Marks & Spencer is offering. 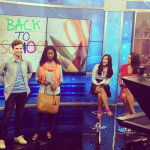 TV: Back to School Style at King of Prussia Mall 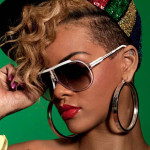