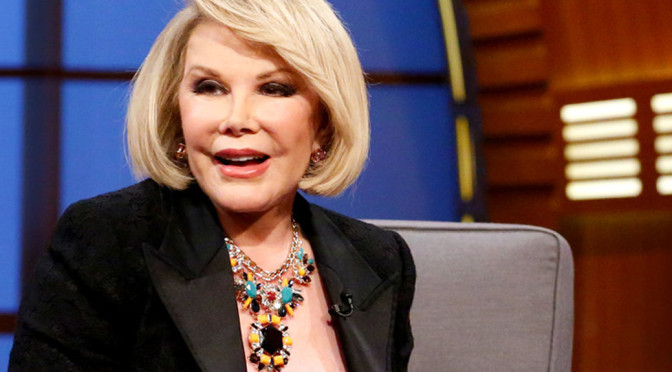 The world feels a little less sparkly. Our Joan Rivers has left us. I say “our” because over the years we’ve all seen her; she’s made us laugh and informed us of what’s up in the style world. A true one-of-a kind, she was so much more than a funny fashionista charging celebrities with style crimes on E!’s Fashion Police. She was a hustler when it wasn’t in style for females, an entertainer, a fighter, and a woman showing us that you can take life by the balls. It’s not easy for a female to make it in comedy and is was even tougher when she burst onto the scene. Watch her documentary if you haven’t seen it yet Joan Rivers: A Piece of Work, available on Netflix.  You’ll miss her even more, but will have a far greater appreciation for her.

I grew up in front of the TV in awe of her red-carpet commentary. As an adult I was more drawn to her perseverance. She was always touring, reinventing herself, and branding herself. Books, clothes, jewelry, TV. I wonder if that’s where the Kardashians learned it? That was my attempt at a joke in Joan’s wake.

I deep down always thought I’d get to meet her, maybe in a QVC hallway or at a fashion event. It feels like it was just a minute ago that I was watching her tell me to watch Fashion Police next week when the broadcast from New York Fashion Week. Joan, you’ll  be missed, and never forgotten. 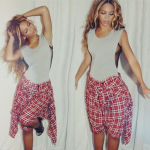 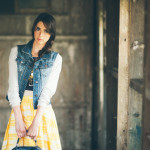 {Photoshoot Styling} 2 Ways to Transition a Crop Top into Fall