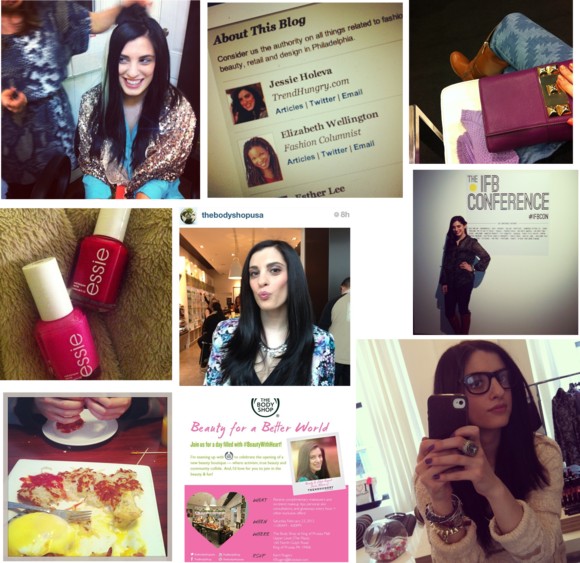 February was a jam-packed month, plus it’s short so went by even faster! Let’s say bye to February and hello to MY BIRTHDAY MONTH! March is here, so let’s wave one last goodbye to Feb. 2013 and take a trip back though Instagram pics. 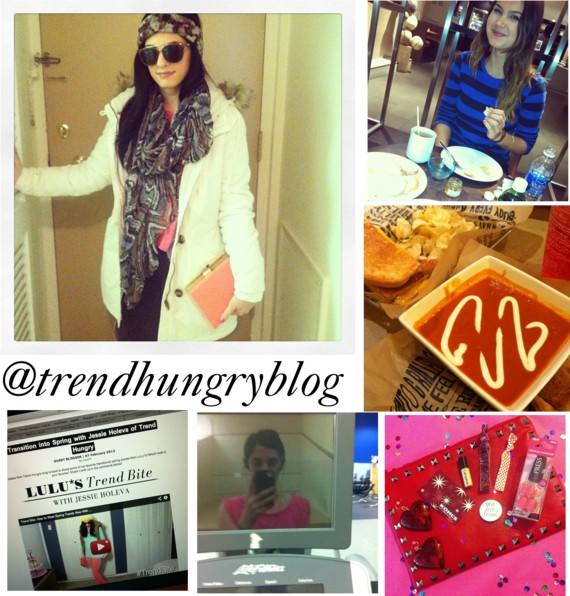 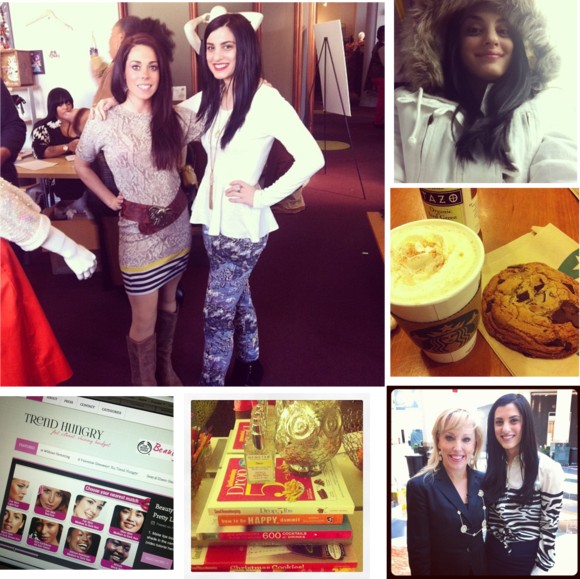 Philly FABB was the media sponsor for Blonde Ambition at Andre Richard Salon. So naturally, as a founder of FABB I was in attendance and got blonded with clip-in extensions.

Kohl’s sent me Rock & Republic Aztec denim. Love wearing those jeans with my Tory Burch Boots. Snagged the $500 boots for $140 at The Wardrobe Boutique – profit goes to charity, so many layers of goodness in that purchase!

Officially obsessed with red & pink together.

Kissed to a MEGA successful event with The Body Shop. (recap will be up tomorrow!!).

Trekked to NYC for the IFB Con. Got a free ticket in exchange for live blogging at one of the panels. And got my hair done and some other goodies!

Stopped by the DBA Gifting Suite during NYFW right after wrapping a TV seg with The Better Show. Got spoiled there and became obsessed with Lookmatic glasses. Don’t you love?

One of my fave people Kristen (my friend who used to film the Trend Bites, but moved to LA) was in NYC when I was. Opted to take a later bus so I could catch up with her and her boyfriend over tea and free appetizers at their hotel.

Did a Trend Bite with LuLu*s showing how to rock spring trend now.

Worked out more. Did a Vday giveaway. Became obsessed with a grilled cheese place called Melt Down.

Was a speaker at a local blogger event. Bought a Parka from American Eagle (here’s link to similar style). Took coffee breaks.

Trend Hungry got an overhaul (minor tweaking still). Found out owls are good luck and that I like decorating tiny spaces. Did two TV segs with Jenn Fred on Fox29. 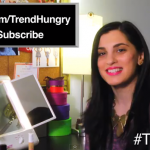 Trend Bite: How To Make Your Lip Color Last 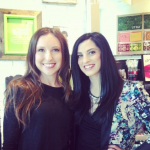 Behind The Blog: Inside The Body Shop Grand Opening