The bride is the star of the show and should be the only one in white. Pippa looked like a bride too. 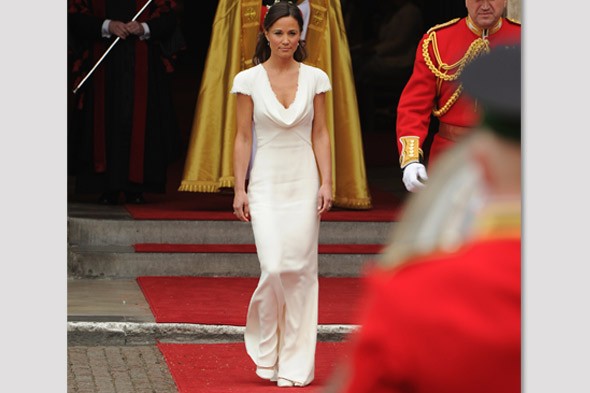 Some are saying her dress was too sexy. I’m not seeing it. But, don’t you think she and Kate look a little too similar on such an important day? They wore their hair the same and both in white designed by Sarah Burton on the Alexander McQueen label.

So maybe their dresses aren’t really the same but, c’mon.

On your day would you want anyone wear something similar to you? Isn’t that even a no-no for prom?!?!